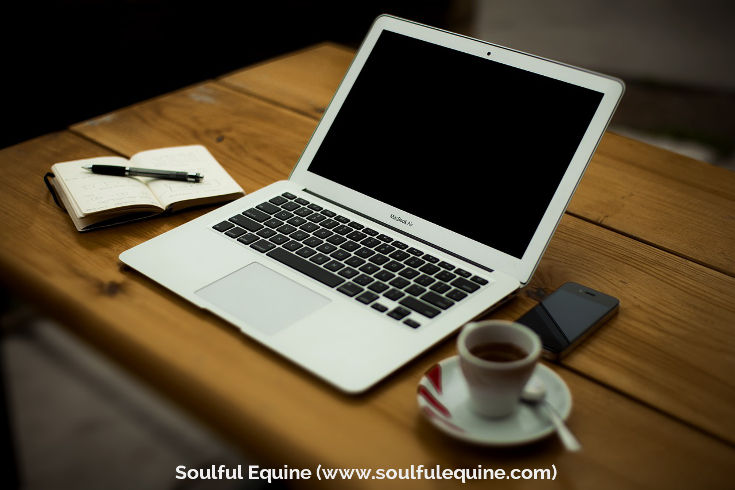 This is the 1st part in the series What All Horse Guardians Can Learn From Computer Science.  Click here to read the other articles in the series.

Computer science and horses… you’re probably thinking “is she out of her mind?”  What a strange comparison.  How in the world can you relate the two?

Those are very good questions.

Quite frankly if you would have said to me 15 years ago that I’d love to write and I would one day publish an article comparing technology and horses I would have thought you were from another planet.

However, here I am writing that very article.

I’ll usually get a strange look or response from people when I make a comment that the problem solving skills I’ve acquired through my experience with technology has greatly complemented my passion for horses.

It may sound like a strange concept to most, but I consider it a valuable asset.

Before I get on with the first lesson, I would like to share with you the reason computer science is even in this equation.  Basically, I’ve had a career in it for almost 20 years.

I have a degree in Computer Science with a minor in Mathematics.  I love problem solving and I love technology.  My professional experience dates back to the early 90’s and I’ve worked with companies both large and small where the majority of my time was spent as a consultant.

However, I’m not your stereotypical geek.

Not only does my passion for horses date back to when I was just a toddler, but my fascination with technology dates back to the Commodore personal computer (I was very young at the time).

Wow!  Things sure are different now.

As a young girl, although I did play the fun computer games such as Pong and Pac-Man, I also toyed with writing computer programs using a programming language called Basic.  I had no formal training in it (I was just a silly kid).  I just sat down and started learning it on my own.

I’m still amazed that as farmers with several kids and a very small budget, my parents actually purchased a computer for the kids to share.

They must have known something I didn’t at the time, but all I can say is that it was a brilliant idea.

So, however strange, both computers and horses have consumed the majority of my life.

I’ll usually say to people that I love technology, but my passion is horses.

Although I do love horses too, there’s a big difference between love and passion.

The point is, I deeply feel both emotions for horses and those feelings go far beyond what most can understand.

The Basic Elements Are the Same

Since technology changes so quickly, you can probably imagine that if you’re involved in that field you have to become very accustomed to change and be able to adjust to fit many different situations very quickly.

Does that sound a bit like being around horses?

Despite the obvious differences between horses and computers, the basic elements are the same.

Whether you’re just getting into horses or have been into horses for a while, I’m going to share with you lessons I’ve learned from Computer Science that I apply to horses.

Use them to help you solve problems and enhance your relationship with any horse.

Lesson 1: Be an Artist Not a Hacker

When you think of the word artist what comes to mind?

You probably think of someone with a high level of skill who values and takes pride in their creations.  It’s all about mastery and craft.  What they produce is beautiful, and it has taken them a lifetime to develop their skills.

I would be willing to bet that the word hacker is usually thought of in a negative sense.  Hackers can create unfavorable circumstances and the innocent by-stander is the one who suffers.  Doesn’t sound so beautiful does it?

There’s a big difference between a hacker and an artist.

I’ve experienced both types of individuals in the technology field.

There are those who strive to produce high quality, well designed systems or products.  This is the artist in technology.  They take their craft to an art form and are always striving to improve and produce quality results despite the push back they may receive from upper management and those more concerned with the bottom line.

They believe in a sound foundational architecture and use proven patterns and techniques they know work.

However, producing and shipping higher quality products may take just a little longer than poor quality ones, but to the artist it’s about integrity, producing exceptional results, taking pride in their craft and valuing what they have to offer… they’re a Linchpin, as Seth Godin would say.

Where as the hacker is someone who doesn’t care about all that “art” stuff… they want fast, fast, fast no matter what it takes.  They spend more time trying to figure out short cuts that lead to poor quality results versus taking the time it takes so they save time in the long run.

The hacker’s results are usually unfavorable or mediocre at best.

Often times they’re seen as the person who will “get it done” no matter what the sacrifice.  In this equation, integrity and quality move further down the list of priorities.  Usually what they produce is not maintainable and will cause a  ripple effect of the band-aid syndrome.  Sadly, this is often times the accepted norm in most industries.

The artist and hacker scenario also applies to the horse industry.

The Artist Equals A Horseman

Let’s take horsemanship for example.  The artist or master horseman will take the extra time to put a solid foundation on a horse before attempting to teach a chosen discipline.

They will strategically add into their foundational blueprint elements that will set things up for success later down the road.  Not only that, but they actually care about that horse’s future.  A horse without the proper preparation, in the wrong hands, may not last long.  Rather, they become disposable.

A horseman will properly prepare a horse for being in a human’s environment.  They won’t rush through the foundational stage because they fully understand its importance.  They take the concept of horse development very seriously.

The Hacker Equals A Trainer

I liken the horse trainer to a hacker in technology.  They’re usually seeking out shortcuts so they can move on to the fancy stuff, meaning, the “chosen” discipline for the horse, such as racing, cutting, barrel racing, reining, jumping, etc.

The hacker trainer will say, “I don’t have time for all that development stuff,” but then later they will be the first to blame the horse when things go wrong.  When in reality the trainer didn’t properly prepare the horse.  It’s not the horse’s fault; it’s the hackers fault.

The hacker-trained horse may be able to run a nice reining pattern and win a futurity, but she doesn’t have any other skills.  She may only be an arena-trained horse, meaning you can’t ride her anywhere else safely and she has to be forced for simple tasks such as clipping, hoof care, or veterinarian procedures just to name a few.

The hacker’s horse is not well-rounded and they’re usually shut down.  That spark is not in their eyes or, if there is a spark, it’s not the kind of spark you’ll want to see.

Do You Want To Learn from a Hacker or an Artist?

I’d be willing to bet that if you care about developing your skills with horses as much as I do, you wouldn’t want to learn bad habits that are taught by the hacker-horse-trainer.

Avoiding these individuals is important.  If nothing else, learn from them what not to do when it comes to horses and horse behavior.

If you’re paying attention, you can easily spot a horseman.  The horse in the hand of the horseman will still have that special look in her eye and an energy about her that radiates her spirit.

Most people overlook this subtly because they’re blinded by the fancy things the horse was conditioned to do.

Have you ever observed the concept of the hacker versus the artist when it comes to horses?  What did you learn from it?