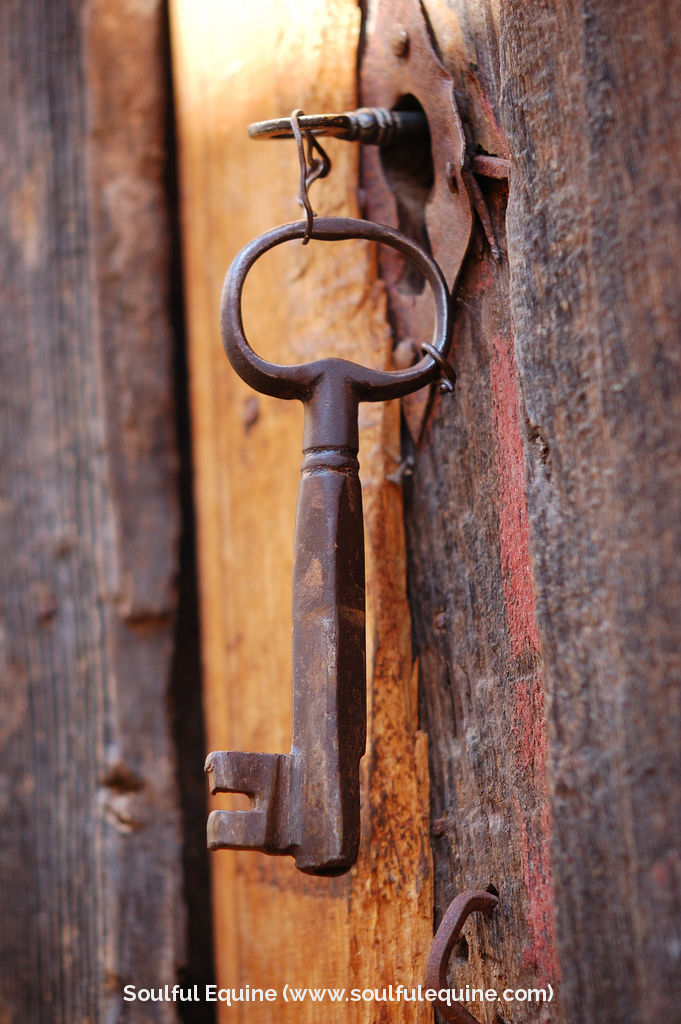 This is the 4th part in the series What All Horse Guardians Can Learn from Computer Science.  Click here to read the other articles in the series.

Have you ever heard of the concept of design patterns?

They’re used heavily in the field of computer science.

Design patterns describe recurring solutions to common problems in a particular field.  In the case of computer science, they’re used in software design.

Understanding core design patterns, in any field, has its advantages.

This skill not only improves problem solving and turnaround time, but it also provides common terminology that allows you to more effectively discuss solutions with others in your field.

As I often get asked, “What does something like this have to do with horses?”

Actually, you can apply the pattern concept to most anything but it especially applies to horses.

Horses are, by nature, patterned animals.

Patterns provide consistency and they help your horse know what to expect.  Consistency for most any equine helps her feel safe.

What’s the result if she feels safe?

Feeling safe to a horse is everything.  It’s their number one priority.

Once she feels safe, the result will be a calmer partner who’s actually thinking versus reacting.

Since you’re doing your best to prepare your horse for the human’s environment, any time you can get her to that state of feeling safe and maintain it, it’s to your advantage.

Implementing positive patterns is one effective way to approach your equine companion’s care and development.

Simply being aware of this concept any time you’re in your horse’s presence, will reap benefits… she’ll feel like you’re both on the same page.

Setting up situations where your horse feels safe, builds trust.  If you’re consistent with using this concept, you’ll be amazed with her positive response.

There are infinite examples I could provide  for you, but I’m going to start with something that’s common practice for every horse guardian…. feeding time.

You may think of this simple task as just that… a task you have to do each day.  Most likely, all that’s on your mind is “I have to hurry and get it done, because my horse is hungry.”

If you possess this type of thinking, it’s more than likely you have horse behavior issues at feeding time.

For example, issues such as dominant and demanding behavior, running around, pushing each other out of the way (including pushing you out of the way), kicking, and the list can go on.

Maybe you don’t think much of it or, worse yet, you get mad or frustrated with the situation every time you go to feed which makes it worse.

Rather than getting frustrated, think of that situation a little differently.

In software design there’s something called anti-patterns.  As an engineer, you’re encouraged to know those patterns as well in order to identify them and intentionally avoid their use.

An anti-pattern is usually implemented by someone who is not as savvy in software engineering and who doesn’t understand patterns.  A savvy engineer can easily spot an anti-pattern when it’s used.

Are you creating anti-patterns with your horse?

I consider an anti-pattern equal to a negative pattern that produces undesirable results.  Many times we don’t know we’re doing it.

For example, maybe at feeding time you have a dominant horse who runs the show, resulting in a dangerous situation.  By not turning this around and replacing the negative pattern with a positive one, you’ll continue to have horse behavior issues.

Therefore, it’s important to understand that horses are patterned animals and many times when we have an undesirable situation it’s our fault because we don’t realize we’re not being consistent and using positive patterns versus negative ones.

When a destructive pattern develops, you have to do something to interrupt the pattern, otherwise it will continue.

Have you ever heard someone say, “We’re just going in circles and getting nowhere”?

How would you change that situation?  There in lies the answer…. through change.

The first step is awareness and then change.

Positive patterns can be used when you’re developing your horse and any time you’re around her.

Creating productive, positive patterns will produce better understanding and communication between you and your horse.

This works in life as well.

Any time you encounter an undesirable situation there’s usually a pattern involved.  The question is, “Is it a positive pattern or a negative one?”

As you’ve probably gathered, the secret ingredient to being great with horses is understanding the concept of patterns and how the two relate.

Below are some steps to put into action so you can start developing positive and productive situations with your horse:

Step 1:  Be aware of the concept of patterns.

Step 2: Understand that any time you’re around your horse; you’re either creating positive or negative patterns.

Step 3:  If you notice undesirable horse behavior, more than likely you’ve created it.

I’ve had a lot of success with this concept in both life and with my equine companions.

Being in the field of computer science for so many years has helped me grasp the concept at a deeper level and easily apply it to horse behavior.

I hope the concept of understanding that horses are patterned animals helps you too.

What’s been your experience with patterns and horses?