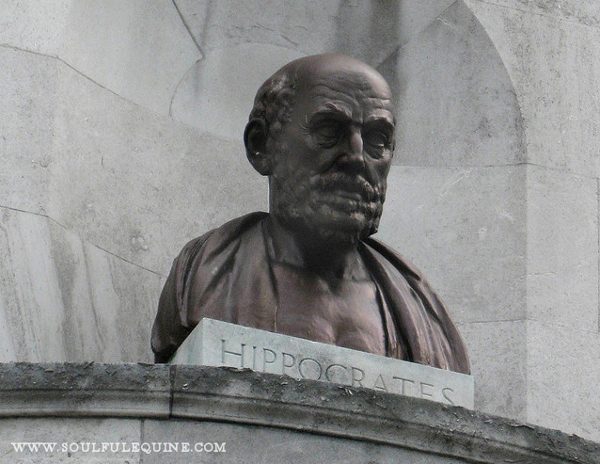 Many of us have been in a situation where we’ve relied on an “expert” for advice.  Maybe it was with your own health or the health of a loved one.

What type of outcome did you have?  Was it a success or a failure?  Nowadays when it comes to health care, it seems that people have been conditioned to believe that an improvement in symptoms should be considered a success.

I can see where an improvement in symptoms is at least a step in the right direction, but what is the cost of that improvement?  If it means that you now have to deal with one or more side effects, many of which can be worse than the original symptom, is that really a success?

The drug companies would like you to believe it is.  It’s definitely a success for the drug company, right?  One drug that causes another problem that there happens to be another drug to “fix” …  and on it goes … very lucrative.

Different people measure success in different ways.  Dictionary.com defines success as “the favorable or prosperous termination of attempts or endeavors.”

The above example is certainly “prosperous” for the drug company, but is it a “favorable termination of endeavors” for you?

This is just a thought, but if there are other resources a physician can turn to that have fewer or no side effects and the outcome is as good or better, shouldn’t they be required to tell a patient about that?

To have knowledge of such a resource and to not at least share it with the patient is malpractice.  Period.

But this goes on every single day in this country …  a country where the drug companies’ “success” is more important than Average Joe’s “favorable termination of endeavors.”

She was diagnosed, erroneously, with asthma a few years ago.  As it turns out, what she has is more like emphysema than asthma.  She’s never had anything similar to an asthmatic attack.  Her breathing has just gotten steadily worse over the years.  She stopped smoking nearly 20 years ago, but the damage that the previous 30 years of smoking had caused gradually became more and more obvious.

So, my mom’s experience with the so-called experts started with a misdiagnosis.  The recommendation was to place her on the drug Advair.  Advair contains a steroid, and as you may know, steroid side effects are notorious.

Two of the side effects that have been reported with Advair that Mom experienced included cataracts and thinning of the skin / bruising.  The bruising got to be so bad that if she simply scratched an itch it could cause a bruise that was so severe it would bleed.  She also developed a cataract in each eye, both of which have been removed.

When the side effects became so bad, she went to a different pulmonologist.  He suggested she try the drug Spiriva and he told her she never should have been put on Advair in the first place.  With Spiriva, her legs began to ache so badly that she could no longer bend down without having help to get back up.

Now one could say that breathing is more important than being bruise free, cataract free and pain free … and one would be right.  But what if there was a way for her to have all those things and to breathe better? Wouldn’t that be the best option?

During much of this time, I had been researching COPD and looking for less toxic alternatives.  I came across several different sources that talked about favorable outcomes with something called “inhaled glutathione.”

Glutathione, a master antioxidant and immune booster, is the most efficient free radical scavenger in the airways, and dozens of studies have confirmed that free radical damage is a primary player in COPD.  Glutathione is produced by the body’s cells and has no known negative side effects.

So I found a doctor (an M.D. who obviously has taken it upon herself to add to the education she received in medical school) who knows about inhaled glutathione and its uses for COPD.  Mom went to see her and started using the glutathione right away.

It’s important to note that oral glutathione supplements don’t work for COPD.  Oral glutathione is poorly absorbed and it’s extremely critical that for COPD the INHALED version of glutathione be used.

That was several years ago, and Mom has been able to completely stop using the drugs and has been using only the glutathione.  She has no side effects … no bruising, no new cataracts, all the pain in her legs has gone away.  She had come to think she had arthritis, and now she knows without a doubt it was a side effect of the Spiriva.

Of course, Mom has been to see her pulmonologist many times and has told him all about the glutathione.  How many of his other patients do you think he’s shared this substance with?

There are hundreds of people suffering with similar side effects who could possibly benefit from the same results if only they were given the option.

Does that border on malpractice?

You know my opinion.  What do you think?

The Same Happens With Our Animals

Similar situations occur in our animal community all the time.

Many years ago I had a dog that suffered from a mast cell tumor.  It was surgically removed but came back and it caused my dog’s immune system to come down even further than it already was.  (This was before what I know now about the importance of feeding a raw diet, limiting vaccines, environmental toxins, etc.)

To make a long story short, my dog entered a cycle of:

A month or so later, the whole cycle would start over again.  We went through 3 or 4 of these and, in addition to my dog’s suffering, the cost of the treatment with Ivermectin was quite expensive.

I started researching other options.  I found several supplements that were supposed to boost the immune system and one in particular that was supposed to help with parasites that contained food grade Diatomaceous Earth (DE).  As it so happens, DE taken internally, especially in combination with certain other supplements, can help control parasites.

Once I started giving her this combination of supplements, she never had another bout of mange.

I was very excited and told the vet all about my approach, and he listened (humoring me, I now know).  How many of his other clients whose dogs had mange do you think he shared my experience with?

Another example is the laminitic horse you may have read about back in one of our earlier articles.  He experienced the same thing … lots of vet visits and diagnostic tests and different veterinary protocols … tons of money spent … and in the end …

Vet recommendation: nothing more can be done so we suggest putting the horse down.

That horse is alive today because his guardians didn’t follow through with the vet’s final recommendation.  They stayed open-minded and found an alternative.

Mine aren’t the only experiences I’m drawing upon for this article.

What a different world this would be for animals if it weren’t for Temple Grandin.  She’s another example of someone whose life was nearly destroyed because of expert recommendations.

Temple was diagnosed with autism as a toddler back in 1950, and doctors recommended institutionalization.  Fortunately, Temple’s mom didn’t follow that advice and instead found a school and a support system to help educate her.

Today, Temple Grandin is a doctor of animal science, a professor at Colorado State University and listed in the 2010 Time 100, Time Magazine’s list of the 100 most influential people in the world in the category of “Heroes.”

If you don’t know the story, it’s extremely powerful and I highly recommend the movie.  I’ve also heard many great things about the books she’s written on animal behavior and on autism.   They are at the top of my list of books to read in the very near future.

It’s Easy to Understand and Yet Difficult to Accept

We know where these failures stem from. These are good people, for the most part, who choose these professions because they want to help and make a difference.

Unfortunately, those who don’t think for themselves become brainwashed by the lies that are taught to them and they continue to follow the same protocol because that’s all they know, even when it clearly doesn’t work.

They are influenced by the power of the dollar and either lose, or never fully develop, a healthy respect for the power of Mother Nature.”

Just remember the “experts” are human, too.  They aren’t gods.  They aren’t all-powerful, all-knowing beings with answers to every problem.

Take control of your own health, the health of your children and of your animals.

Of course, this is not to say to avoid experts.  It’s simply to say, “think for yourself.”

When you consult with someone who is considered an expert in their field, make sure you’ve done your own independent research beforehand, and choose that person based on what you learned and the path you want to follow.  Then ask questions, and if you don’t like the answers you’re getting, find someone else.

Knowledge equals empowerment. Never settle when it comes to your health and the health of your loved ones.